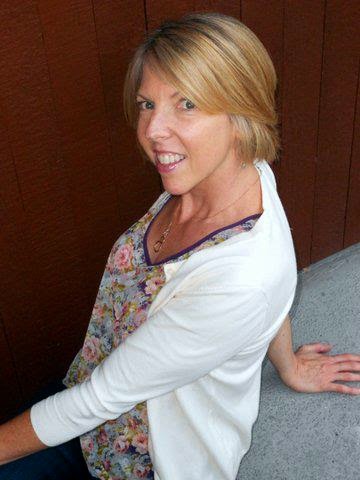 Laurie Ann has been dancing both leading and following roles socially since 1997. She began her tango studies with Clay Nelson in Portland, Oregon taking his beginning classes several times, first as a follower and then as a leader. As a life long tango student Laurie Ann believes that having a working knowledge of both lead and following roles allows one to experience the dance as an entire unit.  She says "Tango for me is the perfect blend of masculine and feminine. It's about balance, energy and connecting to your core. It is intimacy with boundaries." Laurie Ann has studied with many Argentine teachers here and abroad. She has twice traveled to Buenos Aires, danced in Europe and several cities through out the United States. She is mostly influenced by Daniel Trenner, Lucianna Valle, Cecilia Gonzales, Florencia Tacetti, Brigitta Winkler, Rebecca Schulman, Sharna Fabiana, and inspired by all the people she's ever danced with.
From 2003 to 2010 Laurie Ann created and hosted several Women's events in Portland and collaborated with such influential teachers as Caroline Peattie from San Fransisco, Sharna Fabiano from LA  and Jennifer Olsen from Seattle.
During her early years of studying tango she formed a small group of women who were also developing their roles as both leaders and followers. Laurie Ann was so inspired by the depth of their friendship and their development as tango dancers, she hoped to one day create an event that would bring together other women from around the country to explore, dance and discover the richness of tango. After collaborating several events with Sharna Fabiano over the course of many years on the East coast and West coast, the two decided to make that dream a reality. The first Women's Tango Retreat happened in the Fall of 2011 at Breitenbush Hot Springs, a retreat center in the majestic area of Mt. Jefferson in Breitenbush, Oregon. Since the success of the first retreat many of the women who attended were so moved by their experience, they started their own women's tango gatherings in their home towns! The retreat continues this year in November at Breitenbush Hots Spring
November 19th through November 22nd, 2015.
When not dancing tango Laurie Ann continues her work as a stylist and visual artist and co-creator of Adirondack in a Box, Upcycled Clear Western red Cedar Furniture in Portland, Oregon.
www.adirondackinabox.com
You can see her visual work at http://queertangoproject.org/ and www.etsy.com/shop/LaBoutique
Posted by About Laurie Ann at 11:30 AM No comments: